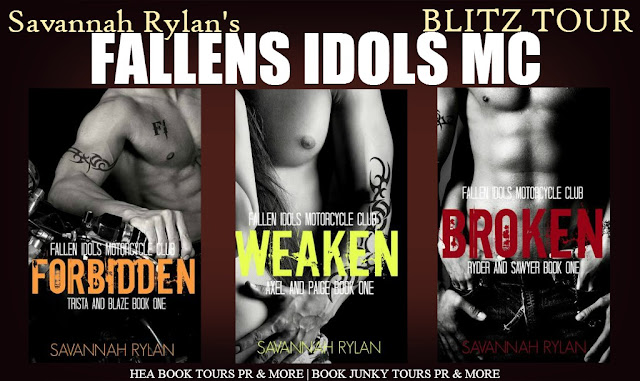 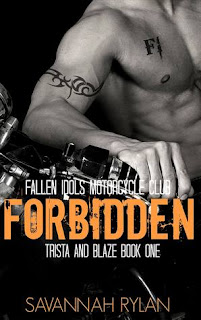 FORBIDDEN
Author: Savannah Rylan
Series: Fallen Idols: Trista and Blaze #1
~ SYNOPSIS ~
Trista Monroe is badass. She is the only female member to ever wear the cut of the Fallen Idols Motorcycle Club. She's nobody's old lady and she likes it that way.

Blaze Taylor hardly remembers the club, but his old man died trying to protect it. He wants to honor his father, but being a prospect isn't easy. Especially when the president's daughter is sexy, feisty and totally off limits.

Forbidden love is the ultimate battle, one that these two Fallen Idols might just die for. 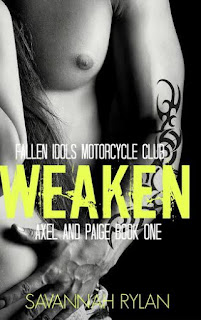 WEAKEN
Author: Savannah Rylan
Series: Fallen Idols: Axel and Paige #1
~ SYNOPSIS ~
Axel Cook needs to pay for his sins. Ninety days in prison as a matter of fact for protecting his neighborhood and his Club from their rivals, the Las Almas MC.

Paige Morrison hates motorcycles and the gangs associated with them. It’s those thugs that keep hurting her best friend, Gina. She just wants to do her job as a nurse at the prison until her tuition debt is paid off and move on with her life.

But when the two meet and sparks fly, can Paige resist Axel’s pull? And can Axel convince her that he’s worth the risk? 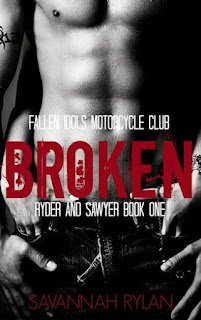 Until one day, without any notice to anyone, Sawyer disappeared.

Five years later, she rolls back in town, not answering questions about where she’s been or why she left. She came back to help her ailing mother, but discovers someone else needs her help. She needs to save her baby brother.

Can Sawyer and Ryder work together to save Cruz without old wounds coming between them? 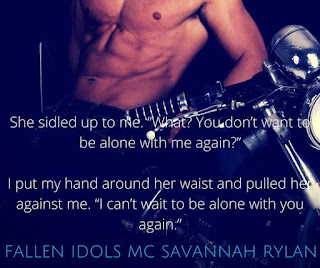 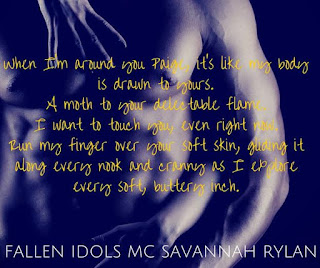 ~ ABOUT THE AUTHOR ~
Savannah Rylan